If you’ve been sexually harassed or sexually assaulted at work, you may have a claim against your employer for negligent hiring or negligent supervision. Sometimes an employer hires someone it knows or should know has dangerous tendencies. Sometimes an employer learns that an employee is dangerous after hiring him. If the employer unreasonably hires or retains someone who is dangerous, and that person later sexually harasses or assaults another person at work, the employer can be held liable for negligence. We have experience representing victims of sexual assault or harassment in the workplace and helping them get the treatment and compensation they deserve. Call 412-258-2250, text 412-498-4120 or email cal@lambertonlaw.com and get a free consultation with Charles A. Lamberton, one of Pittsburgh top sexual harassment lawyers. Working in an isolated context. Isolation leaves women vulnerable to abusers who feel emboldened by a lack of witnesses. Frontline reported in 2015 that ABM (described as the largest employer of janitors) had 42 lawsuits brought against it in the previous two decades for allegations of workplace sexual harassment, assault, or rape.

Working in a male-dominated job. Women working in occupations where they are a small minority, particularly in very physical environments or environments focused on traditionally male-oriented tasks are especially vulnerable to harassment and assault. In a survey from the early 1990s, close to six in ten women working in construction report being touched or asked for sex. A recent National Academy of Sciences study documented high levels of harassment of women faculty and staff in academia in science, engineering, and medicine, with women in academic medicine reporting more frequent gender harassment than their female colleagues in science and engineering.

Working in a setting with significant power differentials and “rainmakers.” Many workplaces have significant power disparities between workers. These power imbalances, particularly given women’s lower likelihood of being in the senior positions, are a risk factor for sexual harassment and assault. Workers in more junior positions may be especially concerned with retaliation, the handling of internal complaints, and continued vulnerability within their job. “Rainmakers”—such as a well-known professor, well-recognized or high-earning partner, or grant-winning researcher—may feel they do not need to comply with the rules that govern other employees and may not be disciplined if accused of sexual harassment or assault. Sexual assault survivors may suffer from Post-Traumatic Stress Disorder (“PTSD”). PTSD symptoms are generally grouped into four types: intrusive memories, avoidance, negative changes in thinking and mood, and changes in physical and emotional reactions.  They result from physiological damage to the Amygdala and to the Prefrontal Cortex (PFC). The amygdala detects threats in the environment and activates the “fight or flight” response and activates the sympathetic nervous system to help deal with the threat. The PFC regulates attention and awareness, make decisions about the best response to a situation, initiate conscious, voluntary behavior, determines the meaning and emotional significance of events, regulate emotions, and inhibits or corrects dysfunctional reactions.

Studies of people with PTSD show a hyper reactive amygdala and a less activated medial PFC. In other words, the amygdala reacts too strongly to a potential threat while the medial PFC is impaired in its ability to regulate the threat response. The consequences present symptomatically in a number of ways.

Symptoms of negative changes in thinking and mood:

Symptoms of changes in physical and emotional reactions:

PTSD is a serious disorder. If you have been the victim of a sexual assault at work, speak with your medical doctor and call our office. We may be able to help you. Workplace sexual harassment is real; it happens, and it happens a lot. Study after study has shown that it is one of the most harmful, traumatic power abuses that can be perpetrated against a victim. There’s no understating the seriousness of the problem, or how poorly the legal system, the political system and the right wing media have responded to it. 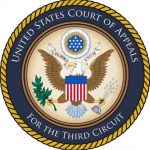 In Minarsky v. Susquehanna County, 2018 WL 3234243 (3d Cir. July 3, 2018), the Third Circuit reversed summary judgment for the employer because a jury could find that the sexual harassment victim was reasonable in not reporting the harassment for four years.  In a footnote that will be cited for years to come, the Court said:

This appeal comes to us in the midst of national news regarding a veritable firestorm of allegations of rampant sexual misconduct that has been closeted for years, not reported by the victims. It has come to light, years later, that people in positions of power and celebrity have exploited their authority to make unwanted sexual advances. In many such instances, the harasser wielded control over the harassed individual’s employment or work environment. In nearly all of the instances, the victims asserted a plausible fear of serious adverse consequences had they spoken up at the time that the conduct occurred. While the policy underlying Faragher-Ellerth places the onus on the harassed employee to report her harasser, and would fault her for not calling out this conduct so as to prevent it, a jury could conclude that the employee’s non-reporting was understandable, perhaps even reasonable. That is, there may be a certain fallacy that underlies the notion that reporting sexual misconduct will end it. Victims do not always view it in this way. Instead, they anticipate negative consequences or fear that the harassers will face no reprimand; thus, more often than not, victims choose not to report the harassment.

Recent news articles report that studies have shown that not only is sex-based harassment in the workplace pervasive, but also the failure to report is widespread. Nearly one-third of American women have experienced unwanted sexual advances from male coworkers, and nearly a quarter of American women have experienced such advances from men who had influence over the conditions of their employment, according to an ABC News/Washington Post poll from October of 2017. Most all of the women who experienced harassment report that the male harassers faced no consequences. ABC News/Washington Post, Unwanted Sexual Advances: Not Just a Hollywood Story (Oct. 17, 2017), www.langerresearch.com/wp-content/uploads/…

Additionally, three out of four women who have been harassed fail to report it. A 2016 Equal Employment Opportunity Commission (EEOC) Select Task Force study found that approximately 75 percent of those who experienced harassment never reported it or filed a complaint, but instead would “avoid the harasser, deny or downplay the gravity of the situation, or attempt to ignore, forget, or endure the behavior.” EEOC Select Task Force, Harassment in the Workplace, at v (June 2016), www.eeoc.gov/eeoc/task_force/harassment/upload/… Those employees who faced harassing behavior did not report this experience “because they fear[ed] disbelief of their claim, inaction on their claim, blame, or social or professional retaliation.” Id.; see also Stefanie Johnson, et al., Why We Fail to Report Sexual Harassment, Harvard Business Review (Oct. 4, 2016), hbr.org/2016/10/why-we-fail-to-report-sexual-harassment (women do not report harassment because of retaliation fears, the bystander effect, and male-dominated work environments). Women now make up about half the U.S. workforce, yet remain underrepresented in management and in the C-suite. With smartphones, text messages, social media, there are more ways than ever for supervisors and co-workers to sexually harass women at work (and even outside of work). If you or someone you know has been sexually harassed or sexually assaulted by anyone connected with your work, we want to know about it. Call 412-258-2250 for a free, confidential consultation, text us at 412-498-4120 or email us at cal@lambertonlaw.com. Don’t delay. There are deadlines for taking action and after which you could lose your legal rights.

Ken Cooper recently outlined what he called the “six levels” of sexual harassment. His summary is useful and worth walking through. But he omits an important feature of sexual harassment present in many, many cases: implicit or explicit threats of retaliation if the victim reports the harassment. Let’s take a look at Cooper’s six levels and then add what he left out.

Level 1 according to Cooper is “Aesthetic Appreciation.” This includes the seemingly non-aggressive compliment about a woman’s (or man’s) physical or sexual features. It’s a lifted eyebrow, wink, wolfish smile or a sexual joke. Individually, such comments merely sound rude. But, they can be offensive, too, particularly when they’re constant over time.

Level 2 is “Active Mental Groping.” “Mental Groping” is undressing someone with your eyes. It’s staring at certain body parts. It’s the more vicious, crude or insulting joke or innuendo. There’s been no physical contact yet, but it almost feels the same.

Level 3 is “Social Touching.” “Social Touching” is physical contact that carefully stays within the bounds of semi-acceptable behavior. It’s the unnecessary hand on the shoulder, on the small of the back or around the waist. It’s giving someone — usually a female lower on the corporate ladder — an unasked-for backrub or hug.

Level 4 is “Foreplay Harassment.” “Foreplay harassment” is where the touching starts to push the boundaries. The offender escalates the touching into more sensitive areas. The hand moves farther down the small of the back or is wrapped around the waist onto the stomach. A hand is draped over the shoulder. A woman is ushered around by the top of her arm, allowing the offender’s hand to brush up against her breast. This behavior also occurs when the offender stands closely behind someone who’s seated so she’s eye-to-zipper should she swivel around. It’s bar-level pickup lines said jokingly, but actually aimed at asking for sexual favors.

Level 5 is “Sexual Abuse.” “Sexual abuse” is touching of a sexual nature, such as pinching, grabbing or brushing up against sexual areas of the body.

What Cooper leaves out are implicit or explicit threats of retaliation. All workplace sexual harassment is coercive, communicates expectations about compliance and the threat of consequences if the victim takes a stand. Sometimes the harasser is sufficiently powerful that he or she can make a phone call and end a career. Sometimes the harasser can take other actions to make his victim’s life miserable. Examples would be a bad performance review or changing her job duties. In this way, workplace sexual harassment is inherently extortionate.

We are Pittsburgh sexual harassment lawyers who can help people who have been sexually harassed at work. Call us at 412-258-2250 or email cal@lambertonlaw.com. Researchers identify at least three different forms of sexual harassment.  “Gender hostility” refers to derogatory comments or actions that invoke sex or gender, rather than explicit requests for sex.  Sexist hostility is specific to gender (for example, someone makes a joke about women in a meeting.  Sexual hostility has a sexual component (for example, someone asks about a co-worker’s sexual activities.  “Unwanted sexual attention” includes unwelcome attempts to initiate sexual or romantic relations (for example, someone repeatedly asks a co-worker out on dates, sends them sexual texts, or touches them in sexually inappropriate ways.  “Sexual coercion” involves many of the same behaviors as the unwanted sexual attention, but comes with a threat of consequences — such as being fired or refused a promotion — for not cooperating.